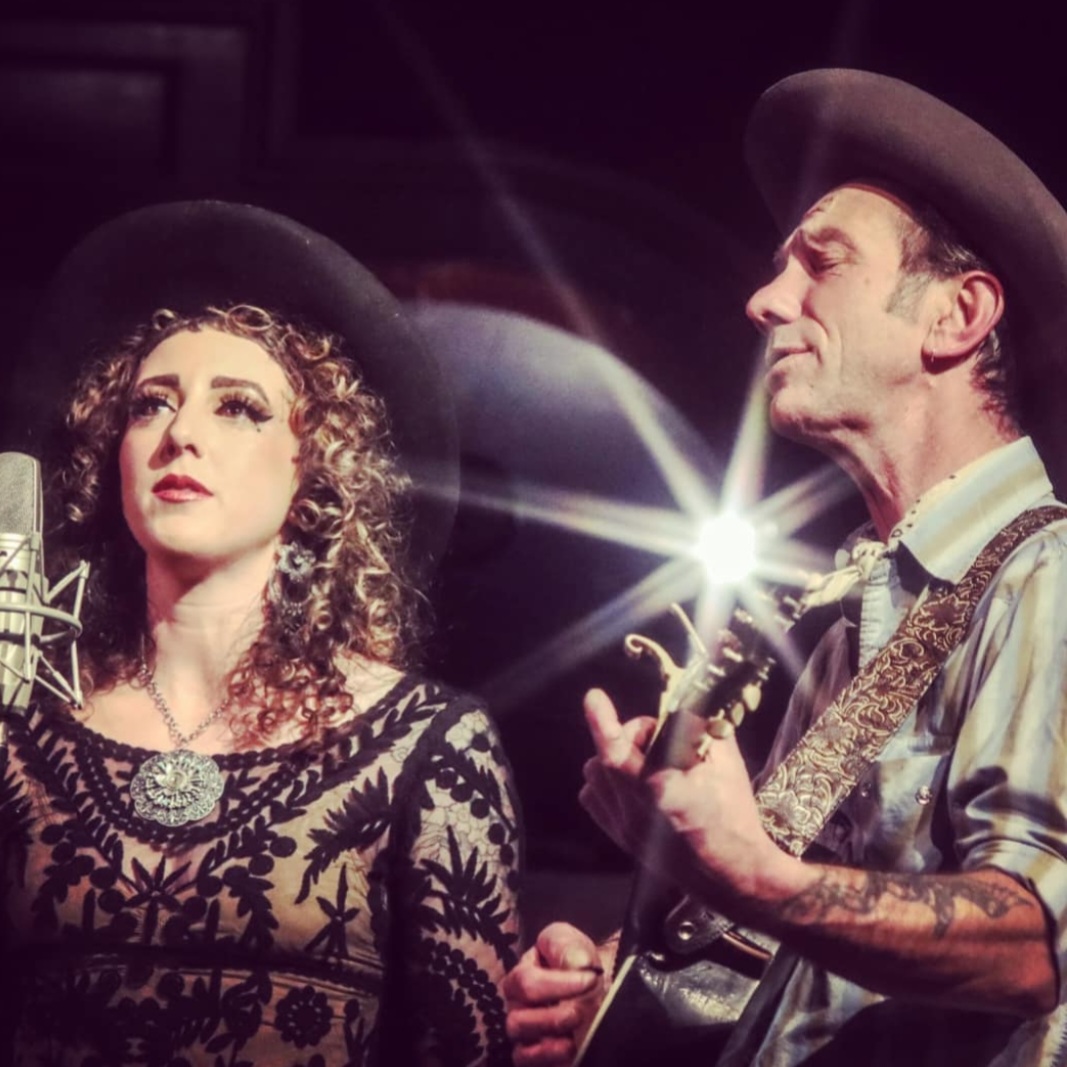 Indie-Country songwriters with a fresh take on honky-tonk

With an eclectic style that ranges from hillbilly roots to Nashville pop, the songwriting team of Nikki Grossman and Joe Hart has developed a lively, contemporary take on country music. Their creative lyrics, catchy melodies, and clever stage show have earned them a growing fanbase in the Midwest and beyond. In recent years, the duo has expanded to include a backing band of up to four additional musicians.

Grossman (guitar, fiddle, vocals) and Hart (guitar, mandolin, vocals) got their start as an old-time fiddle band, performing for square and contra dances. Both had performed in a variety of musical acts—including prog rock, punk rock, and other old-time outfits—and an early connection was their interest in reproducing the close-harmony sounds of early country duos like the Blue Sky Boys and Callahan Brothers. Gifted writers and self-described country music dorks, they soon started writing and performing their own songs.

The duo has recorded three albums: “Don’t Think About Tomorrow Tonight” (2018) was launched at an official SXSW showcase, where they earned a standing ovation, as well as numerous Midwest tour dates. The album was co-produced by John Wood (Richard and Linda Thompson, Cat Stevens, Incredible String Band). The Sapsucker’s video for the song “Fools Were Made to be Broken” was premiered by Radio Heartland on Minnesota Public Radio, The Current. “Ocooch Mountain Home,” (2015), received high praise from the likes of fROOTS, Bluegrass Today, and Country Music People UK. “Speaking of Music” (2013) captures the old-timey roots of the band.

With more than 30 new, unrecorded songs, the duo is about to release their fourth album and plans to also release a live recording of “greatest hits.”