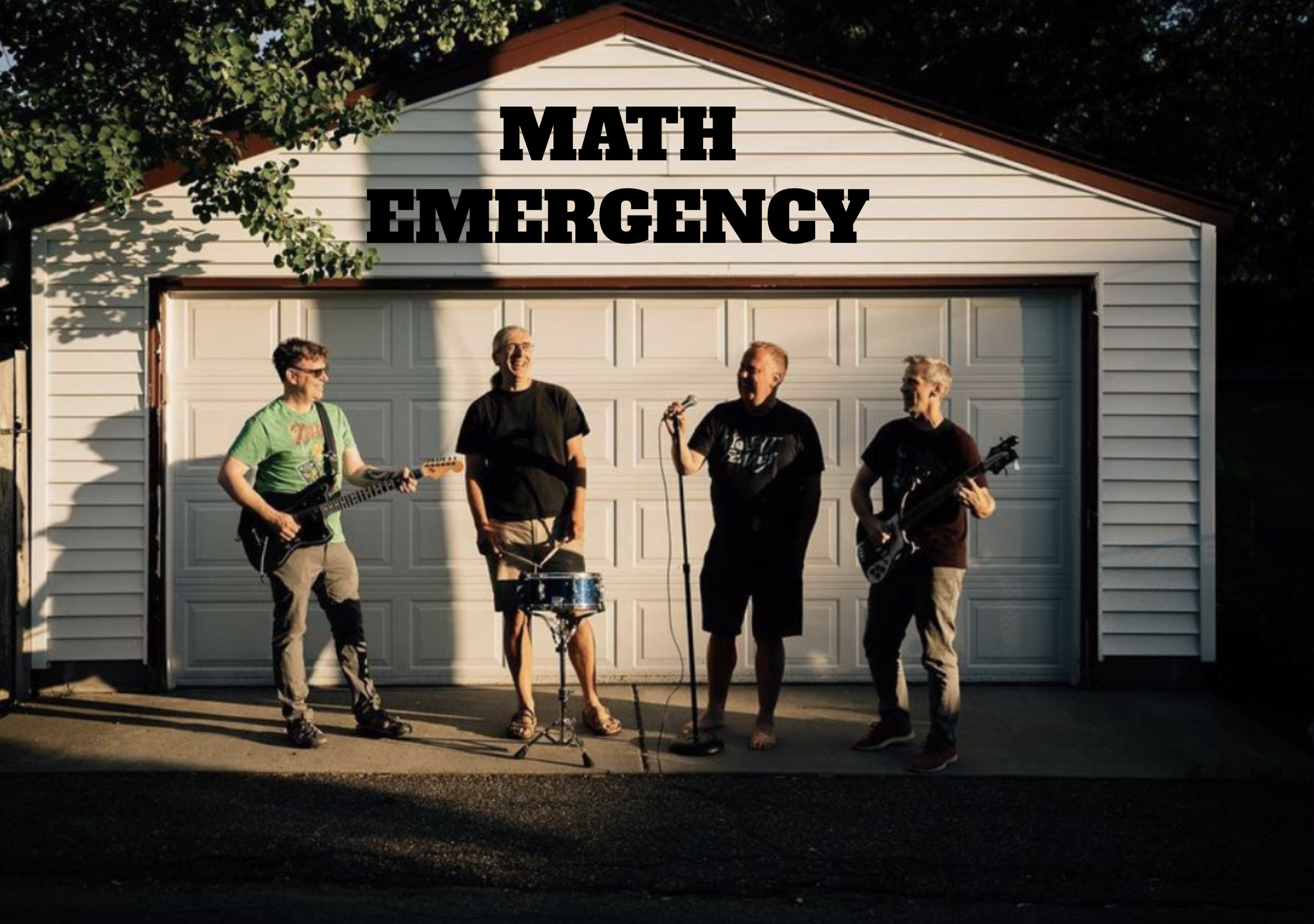 Math Emergency is a band unlike any other. Playing up-tempo rock music tempered with
introspective and clever lyrics, they are the only band in the Twin Cities music scene to feature
a rhythm section made up entirely of math professors. Macalester College Professor Andrew
Beveridge is on bass and the drummer is Professor Thomas Höft of St Thomas University.
Rounding out the lineup are veterans of the humanities, public radio and podcast host John Moe
on vocals and longtime public radio and podcasting editor and executive Peter Clowney on
guitar. That’s more broadcasters and math professors than Van Halen ever had combined.
Math Emergency’s first album, Then Russ Called, is available on Bandcamp and they are
currently in the studio finishing their sophomore release, which features songs like “Lady on
TV”, “New Low”, and “Hotel Wisconsin”.
Website:
https://www.facebook.com/mathemergency
Album:
https://mathemergency.bandcamp.com/album/then-russ-called