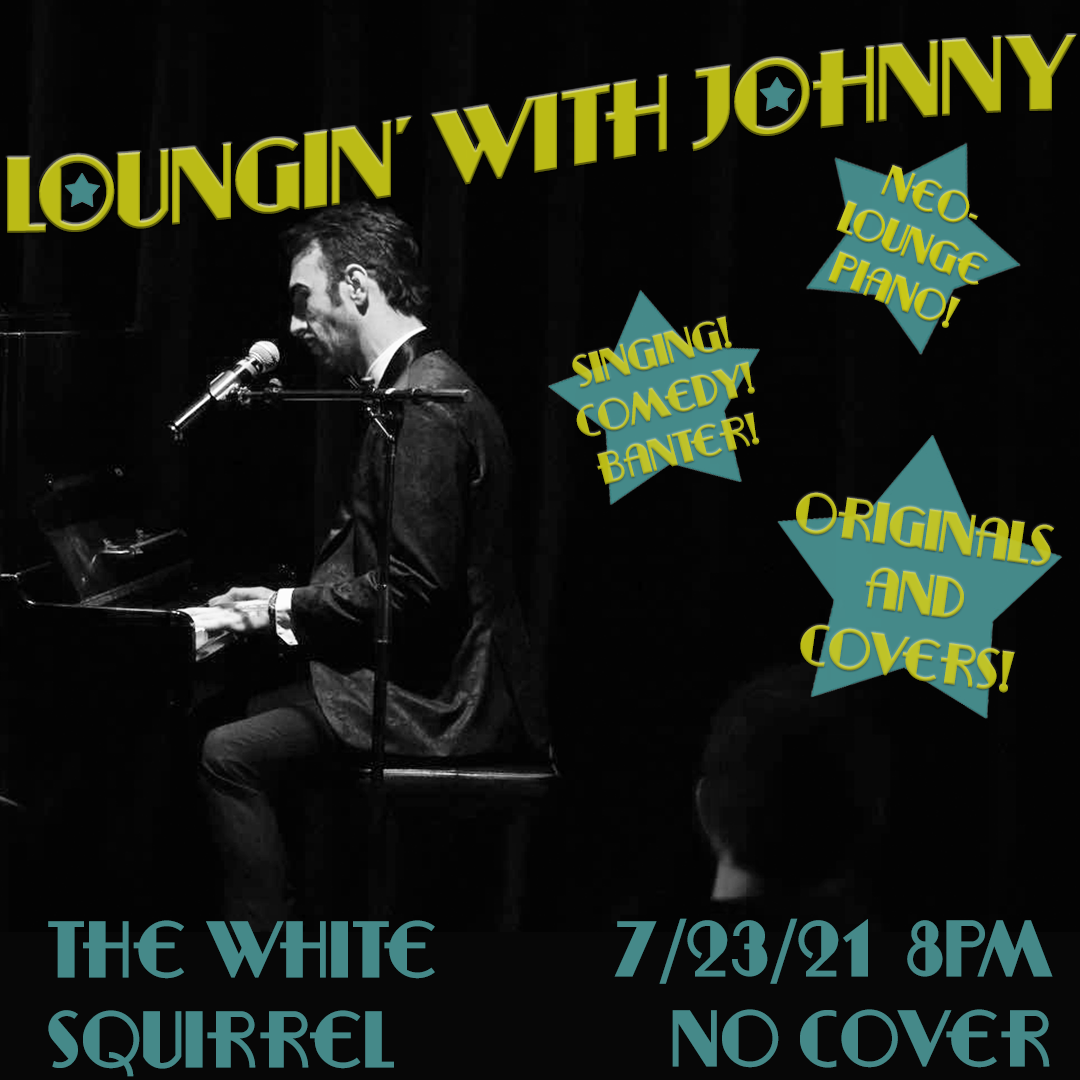 Johnny Sincerely is a multi-instrumentalist, songwriter, producer and sound engineer. His swaggering piano blues, clever lyrics and unique vocal styling has been described as “Screamin’ Jay Hawkins meets Hoagy Carmichael” and “…some strange amalgamation of Shakey Graves and Bill Murray’s Nick the Lounge Singer.”
Loungin’ With Johnny is his one man act, a modern take on the lounge piano singer of yesteryear. Performing originals, covers, comedic and instrumental pieces – Johnny puts his unique (and often ridiculous) spin on everything he does. Drawing on his experience as a burlesque producer and emcee, he combines elements of theatricality, humor and visual appeal to his live performances. One Mic. One Piano. One Johnny.
His debut album, Yours Truly, Johnny Sincerely, will be available on all major streaming platforms 7.30.21. 11 songs written, performed, recorded, mixed and mastered by himself.
johnnysincerely.com
@johnnysincerely
+ Google Calendar+ iCal Export